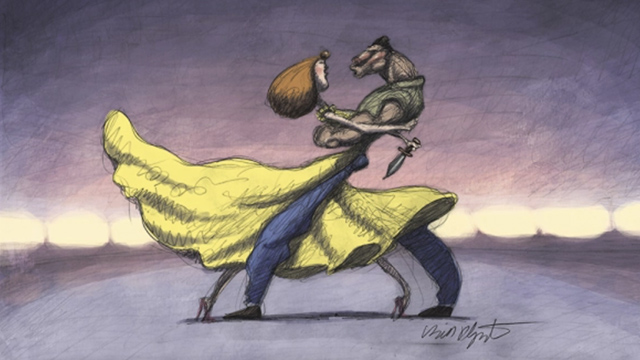 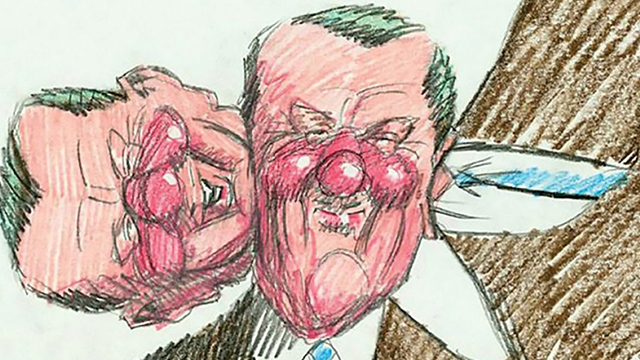 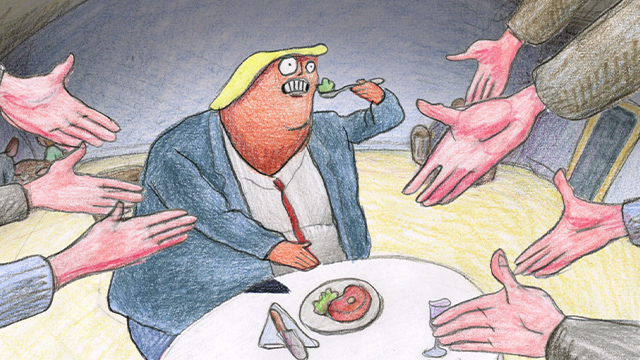 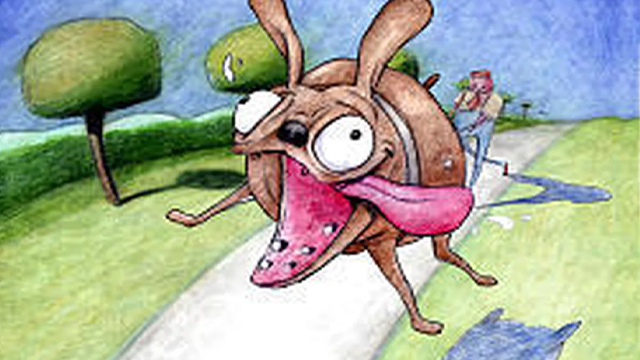 Bill has hugely influenced my exposure to and deep love for animation. I believe anyone who professes to love the art form that is frame by frame motion needs to know and study Bill’s work. I was very lucky to meet him years ago, he showed me his process which i have to believe is a dying art. A peg bar, pencils and paper to create the individual drawings – 12 for every second we see – scanned and colored or colored by hand. He is so incredibly passionate about his craft and his stories and he promotes his work tirelessly. His shorts are often raw and he’s unapologetic,  sometimes chuckling with quiet mischief about what he’s made and the decisions that went into it. He’s such a genuinely sweet, polite and sometimes even seemingly shy man, it’s kind of a funny joy to witness another side of him through his films, and in a way perhaps to validate those dualities in ourselves. What’s most endearing about Bill I believe is there’s really a child inside him, so very imaginative, and curious and convinced of the world in his head. And he shares it on film so generously, for all to see.